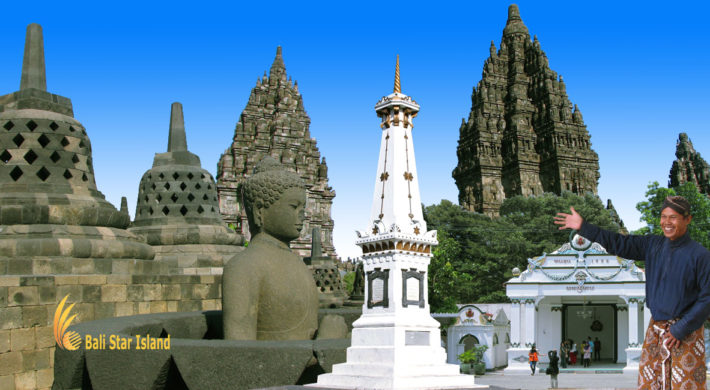 Yogyakarta Tourism is featuring strong local cultures and interesting places to see. It is one of the provinces in the Republic of Indonesia with a special because of the history and existence of the city as well as cultures are very specific compared to other regions in Indonesia. There are many places of interest to visit as well as tourist attractions to captivate the tourist to come. Meanwhile, the city has developed by the existence of tourist facilities such as hotels, spa, transportation and Tour Services. Also, we are proud to share the information about Yogyakarta through this page.

The city has established in 1755 during the reign of the first king. Yogyakarta city is found on 7 October 1756 with a king lead the city called by Sultan Hamengku Buwana who became the forerunner of this city. Furthermore, many relics have been found in this city including surrounding areas. Not only from the XVIII century AD, but also in the previous centuries. In the XVI century AD, Yogyakarta has become the centre of the Islamic Mataram kingdom. Meanwhile, Yogyakarta surrounding area has become a centre of civilization with the Hinduism and Buddhism influences during the VIII century AD. We can see many relics of temples in Siwa Plateau region (Prambanan, Ratu Boko, Kalasan, and surrounding areas) as proof.

About Yogyakarta Tourism from the history of Indonesian independence

During independence, Yogyakarta is also taking a very important role in the struggle of the Indonesian. Many national figures born in Yogyakarta and affect the way of this nation such as Ki Hajar Dewantara, KH Ahmad Dahlan, Sultan Hamengku Buwana IX, and many others. Many events and history have occurred in this city, such as general attack to enemy (Dutch Colonial) which well known as Serangan Umum 1 Maret. Yogyakarta has become a capital of Indonesia Republic in 1946-1949. This city is also known as the city of education which has been much visited by students throughout Indonesia. Yogyakarta is also a town that still closely maintain the values and cultural traditions of Java. This culture is becoming the biggest capital of this city for future development, including tourism side.

Yogyakarta has been able to show itself as a tourist destination city in Indonesia. Its location is strategically in the middle of Java Island as well as own the easy access to places of interest nearby. This city has many attractions for foreign or domestic tourists who make this city always crowded visited throughout the year. Places of interest and easy to visit around this city such as Sultan Palace, Taman Sari, Prambanan Temple, Borobudur Temple and the rest you can see here.

As a tourist destination, Yogyakarta has completed itself with the facilities to pamper every guest who visit this city. Those facilities such as accommodation/hotels, bars, restaurants, Discotheque, spas, shopping centres, medical centres, international airport and others.

Bali and Yogyakarta Tour Packages, as a result below:

Tours Start from Yogyakarta, as a result below:

Trips from Solo to Yogyakarta, as a result below:

Borobudur and Bromo Tours, as a result below:

Trips from Jakarta to Yogyakarta

Find Another Option on this site, instead of about Yogyakarta tourism